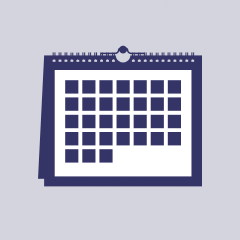 One of the most impressive monuments of the Thracian civilization in the Valley of the Thracian Kings, is the Heroon (a Temple-Tomb of a Hero of Royal status) of Sueth III. It was discovered on September 4th 2004, by the famous Bulgarian archaeologist Georgi Kitov (1943-2008). The temple was buried under the 20 m high (ap. 66 ft) “Golyamata Kosmatka” mound.

It represents a remarkable Thracian Heroon built accordingly to the Thracian Orphic cult traditions of the end of V C. /beginning of the IV C. BCE. Serving also as a symbolic tomb of Seuth III, it contained an enormous treasure, exhibited now in the Kazanluk Museum and Art Gallery “Iskra”. More than 70 silver, gold and bronze objects, which were used as ritual offering to the Gods, were discovered during the excavations.

Two marble doors, leading to the main chamber, are ornate and painted with red and ochre. The heads of Helios/Apollo and Medusa or Dionysus are sculpted with magnificent artistry on the doors. The theory of the second head being of Dionysus belongs to Prof. Valeria Fol and it makes sense for a Thracian Heroon: Helios is the symbol of the heaven/sun world and Dionysus – the mediator between the afterward and the underworld.

The main burial chamber is a sarcophagus type, with a large offerings/burial bed, an offerings table and a round cupola ceiling with a central keystone. The offerings/burial bed is made out of one single piece of stone weighting 60 m tones. It was also decorated with red paintings, remains of which can be seen even now. The ritual bed was covered with gold and red fabric, fra