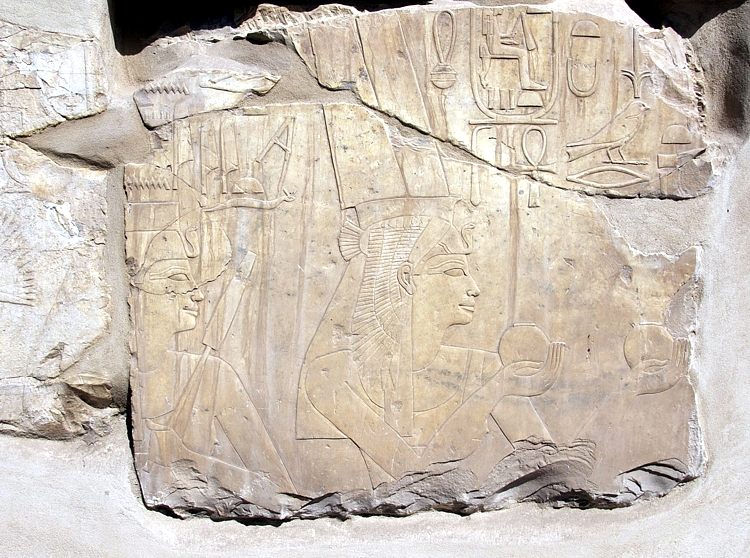 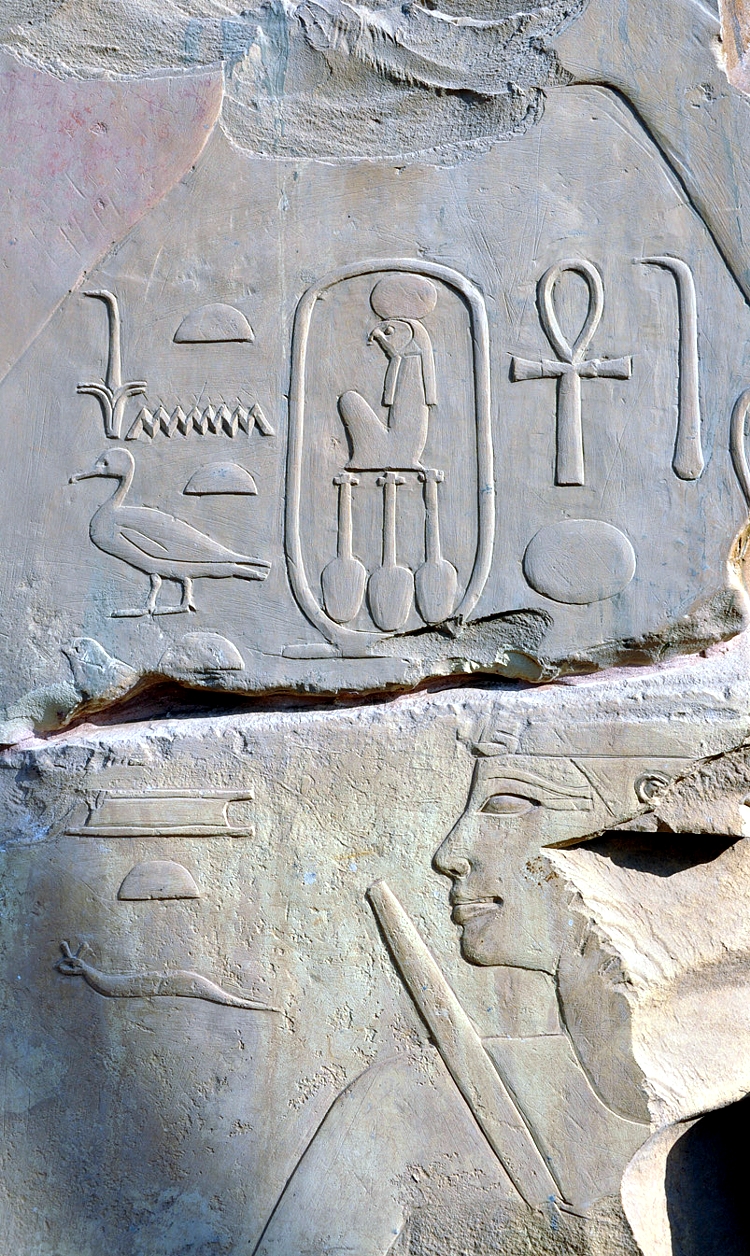 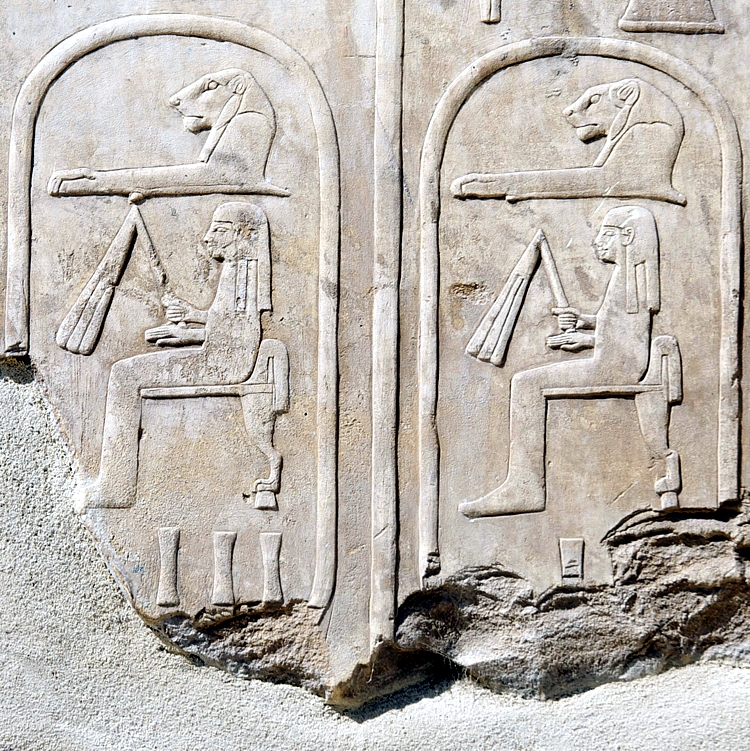 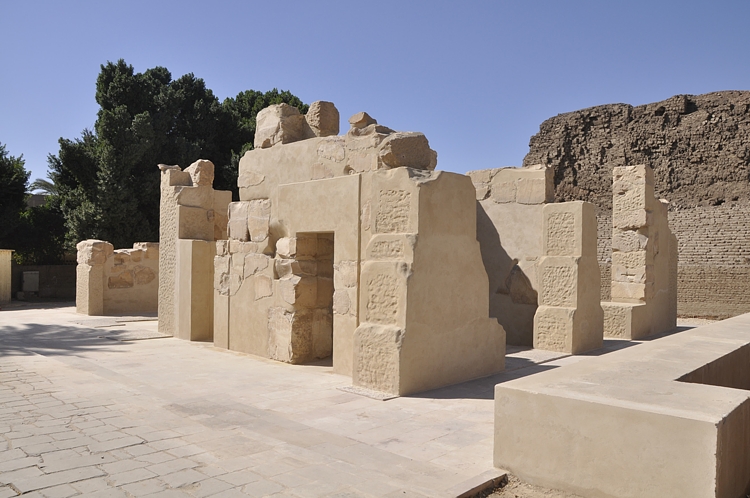 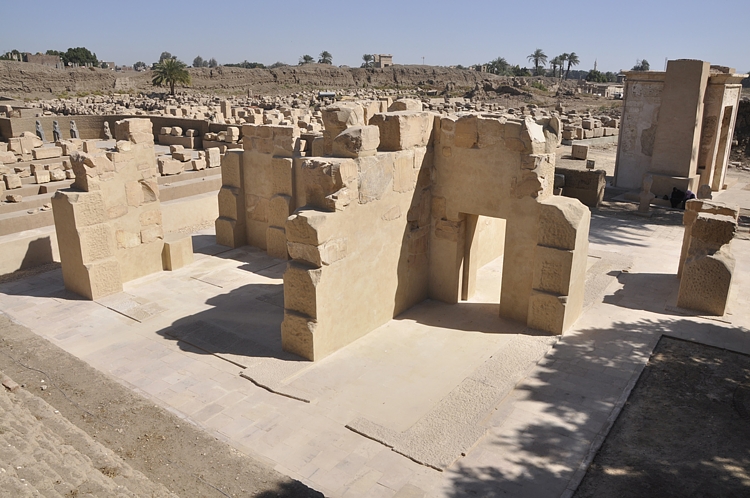 ANASTYLOSIS OF NETJERY-MENU IN THE OPEN AIR MUSEUM

The beginning of the project of reconstruction of Netjery-menu of Tuthmosis II, Hatchepsut and Tuthmosis III and the niches of the same period is planned for 2008-2009. An excavation was carried out by Sévérine Marchi (UMR 8152) in September 2008 at the entrance of the Open Air Museum, on the location of the expected reconstruction.
In his study published in 2005, L. Gabolde (Monuments décorés en bas-relief aux noms de Thoutmosis II et Hatchepsout à Karnak, MIFAO 123/1-2, Le Caire) proposed a temporary plan of Netjery-menu and the plates of his book present the assembly of walls. A plan of niches and of the very fragmentary bark chapel was also proposed and some of these elements could be reconstructed.

The northern half of the Netjery-Menu during reassembly. In the foreground, a block of the wall 4 being assembled and consolidation (© Cnrs-Cfeetk / A. Garric).

The northern half of Netjery-Menu during reassembly. The paving is being facelift. Incomplete parts of the building are rendered by brick masonry and stone associated with a mortar of lime and pozzolana (© Cnrs-Cfeetk / A. Garric).

The CFEETK crane operated by one of the two recently formed Egyptian drivers  (© Cnrs-Cfeetk / V. Cabrol).