The anthropological analysis of skeleton from Ukosa (work published in the Krusevački Zbornik No.15 of the National Museum in Krusevac)

The site of fortfication Ukosa is located in the city of Stalac, on the Mojsinje mountains, above the left bank of the South Morava .

The position and elongated steep mountain, on which the city was built, allowed easier organization of defense.

Already a repertoire of incidental findings showed that it was a neighborhood, that was most intensely lived in the fifth and sixth century , at the time of establishment of the Byzantine state.

In probe that was last opened on the north slope of the adjacent hill Kućište, measuring 5 x 3 m, a skeletal tomb was found (rectangular stone lined with grave).

The grave didn`t had any artefacts. "Deceased" was laid on his back with his right arm bent at the elbow and left arm set next to the body.

The head was slightly tilted to the left. We assume that the tomb belongs to one of the cemeteries of multilayer and many centuries of settlements in Ukosa (Figure 1 - 1 grave - in situ). 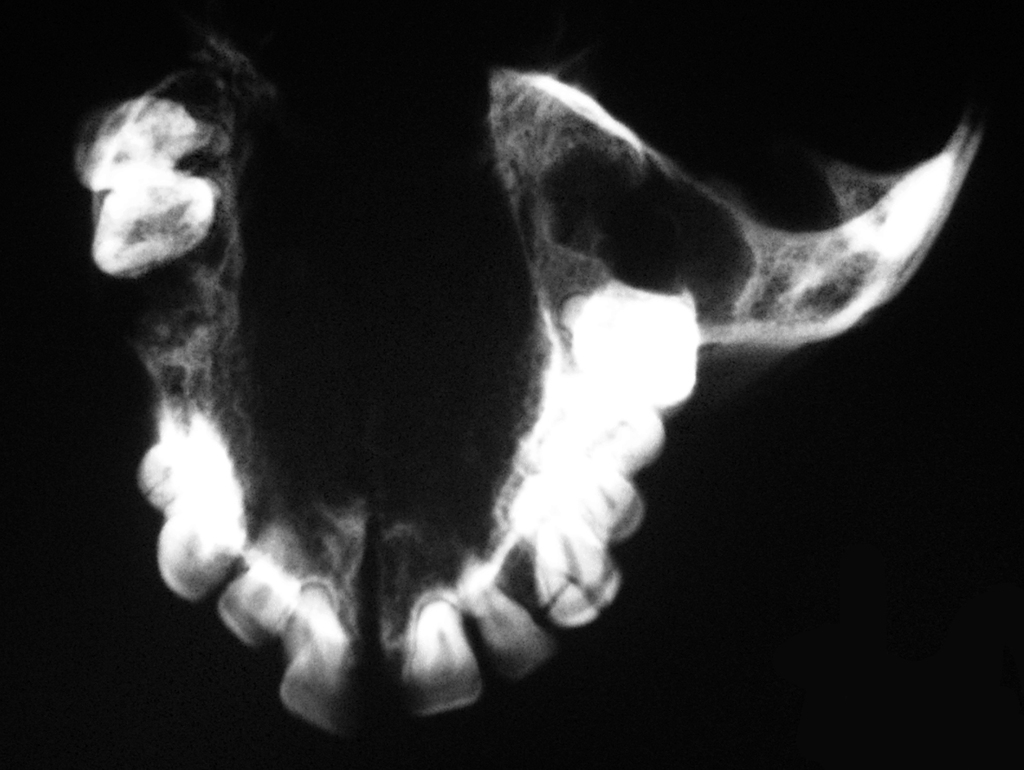 What is very interesting here, is the lack of molars in the mandible (RLM1), probably lost during life of the individual, because of changes in caries of the teeth close.

From paleopatologic changes were observed tuberculous changes in both femur and humerus. (Figure 4 – Ukosa, the left arm bones). 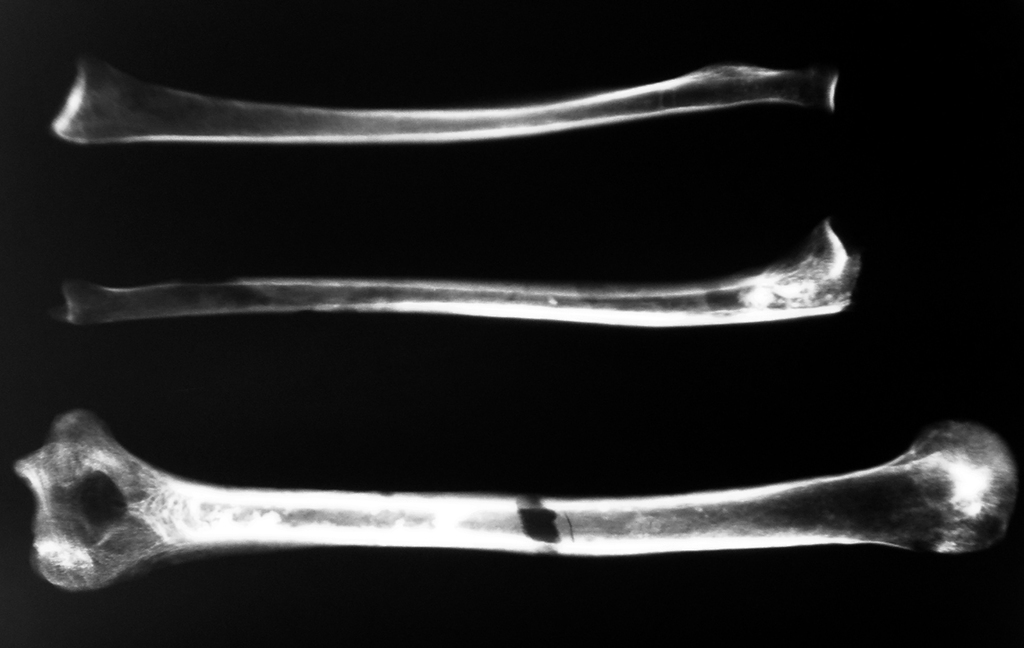 For all other bones, both the ulna, the two radii, both tibia and fibula, changes that are seen in the medulla (marrow) bones are result of postmortem deposition of inorganic salts of Ca, Mg, etc..

Tuberculosis of bones and joints can begin at any age, but usually in the first three decades of life.

According to the localization, typical findings can be obtained. Thus at the shoulder joint tuberculosis (caries sicca) we can see spots that superficially usurp the humeral head. Adequate food rich in vitamins and proteins, rest and sleep are general measures that increase overall defense in the organism.

The shoulder joint is a rare localization of tuberculosis infection, occurring in only 2% of all localized tuberculous inflammation of bones and joints (Figure 5 - Ukosa, the bones of the right leg).

Pathoanatomical changes are: tubercular focus mostly occurs primarily in the humeral head (usually in the lateral part) and later expanded into a joint process.

Tubercular inflammation of the shoulder joint occurs in two forms, as a dry form (caries sicca), which is much more common as the caseous form with the formation of cold apcesa. Often the first sign of illness is severe atrophy of m.deltoideusa and the other muscles and shoulder girdle.

The exact cause of death of the female individual can not be determined only by X-ray images of bones, but with a large probability one can claim that the outsides of both the upper femur and humerus are both cystic and degenerative changes that are absolutely characteristic of tuberculous changes, which means that the person definitely suffered from bone tuberculosis during life, but whether this disease and was the immediate cause of death ,can not be confidently assert.