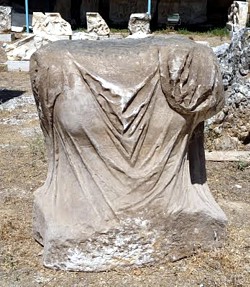 A colossal statue of Apollo, the Greek god of the sun, light, music and poetry, has emerged from white calcified cliffs in southwestern Turkey, Italian archaeologists announced.

Colossal statues were very popular in antiquity, as evidenced by the lost giant statues of the Colossus of Rhodes and the Colossus of Nero. Most of them vanished long ago -- their material re-used in other building projects. 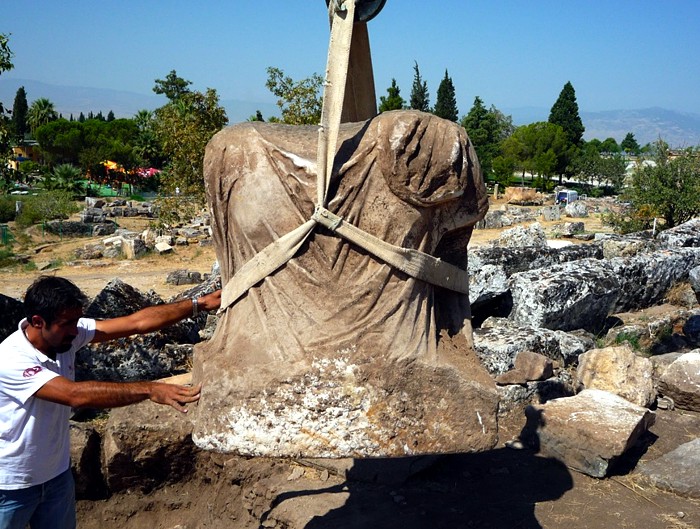 "This colossal statue of Apollo is really a unique finding. Such statues are extremely rare in Asia Minor. Only a dozen still survive," team leader Francesco D'Andria, director of the Institute of Archaeological Heritage, Monuments and Sites at Italy's National Research Council in Lecce, told Discovery News.

Split in two huge marble fragments, divided along the bust and the lower part of the sculpture, the 1st century A.D. statue was unearthed at the World Heritage Site of Hierapolis, now called Pamukkale. 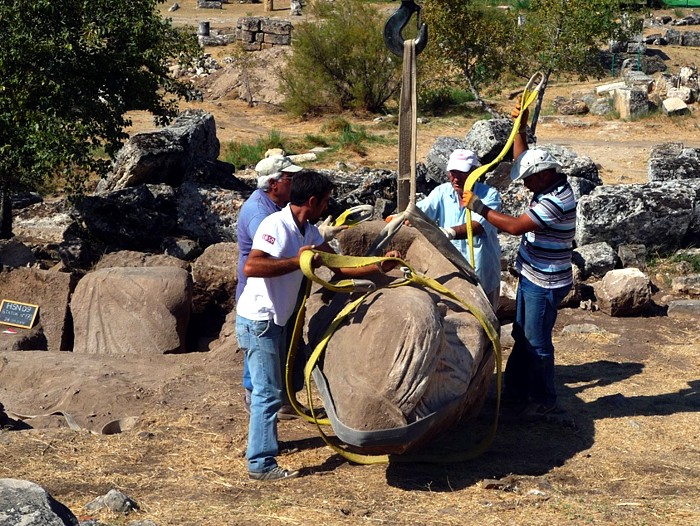 The Hellenistic city grew into a flourishing Roman city, with temples, a theatre and popular sacred hot springs, believed to have healing properties.

Standing at more than four meters (13 feet) in height, the newly discovered statue, which is missing the head and the arms, might have been one of the most impressive sights in the city.

"It depicts the Greek god Apollo sitting on a throne and holding the cithara with his left arms. The god wears a wonderfully draped tunic. The cloth has a transparency effect to reveal mighty muscles," said D'Andria.

Inspired by the great classical masterpieces, the artist did not pay the same peculiar attention to the back of the statue. 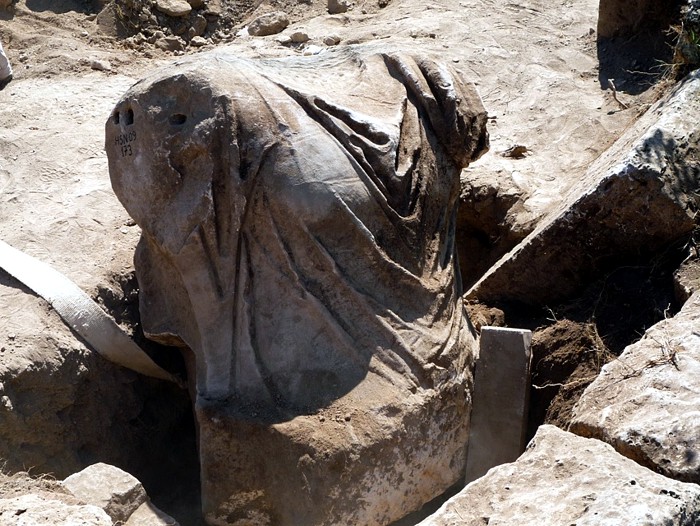 "This shows that the sculpture was placed against a wall and was supposed to be seen only frontally," D'Andria noted.

Standing in all its massive regality, the statue was particularly important for the city, since Apollo was venerated as Hierapolis' divine founder.

The colossal statue was probably the main sculpture at the sanctuary of Apollo, which was intentionally built over an active fault.

"Hierapolis is a unique site, and archaeologists are bringing to light incredible findings each year. As with all the other ancient buildings, the statue will be virtually reconstructed in full detail," Francesco Gabellone, an architect at the National Research Council in Lecce, told Discovery News. 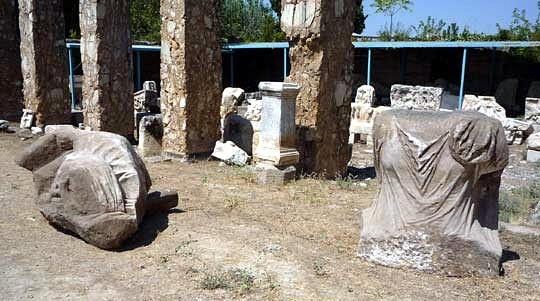 Gabellone and his team are working on "Virtual Hierapolis," a project which has made it possible to virtually walking in the ancient city as it appeared during the reign of the Roman emperor Tiberius (42 B.C.-37 A.D.), when it was reconstructed following a devastating earthquake.

The city survived until 1334, when it was abandoned forever after another earthquake.

"We have not lost hope to physically reconstruct the statue in its entirety. We are still digging, and we might be able to find the missing head at least," D'Andria said.